Sometimes a kid wants something to control with his hands such as a robot.  Remote control robots are kids’ favorite as they move them to and fro with their own will. Most robots are made in a way to give immense pleasure to kids and they can feel inner happiness with them. They are constructed to sing a song or poems. There are various kinds of robots presenting different structures of animals or human beings such as spiders man and dog.

Every robot is made up of different features and qualities. Some are constructed in a way that they even store the syllabus of a kid, sing a song, and reads a poem aloud. We have often made with new styles and new features.

Spiderman is considered the icon for bravery and for winning the hearts of kids. So when they have robotic spiderman in their hand with which they can order him now and then. They are also trained by the construction and judged by the remote control setup. 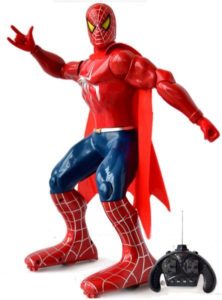 We have such an intellectual and intelligent robot dog who acts like he is suggested to. So many tasks are written upon the dog’s remote. For example, if we want the dog to dance we just need to click over the button of dance, and it cleverly starts dancing. We want it to sing and we order it through the remote in our hands and it starts singing a poem. It is like a chargeable device and the remote works through the cell. If the cell is not working properly we can replace it with the new one easily. 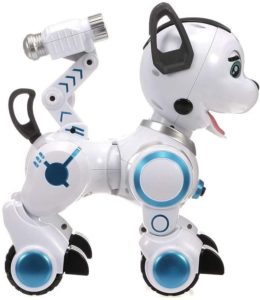 The American action figure is famous among kids. As per the growing age, a kid wants to step in valor and bravery. It about the favorite of the kids and by having it a kid is happy as he’s posing to deal with the robot. 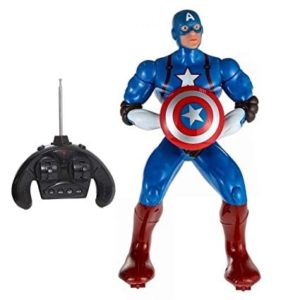